Magnetite, also called lodestone, is a black to brownish black iron oxide with the chemical formula Fe3O4 and is the most magnetic of all the naturally occurring minerals on Earth. Magnetite is one of the main iron ores and main use is in steel manufacturing. It is also used as a pigment for ceramics and paints, as catalyst in the Haber Process for the manufacture of ammonia, as magnetic micro- and nanoparticles for a variety of industries, and in the separation process of coal from waste in the coal mining industry. Magnetite is very common in igneous and metamorphic rocks. It also occurs in sedimentary rocks, including banded iron formations, as well as in marine and lake sediments as detrital grains and magnetofossils. Magnetite can be found in large quantities in beach sand and dunes. The global magnetite market is expected to see a constant increase mainly due to an increase in steel production driven by infrastructure development and rapid industrialization. 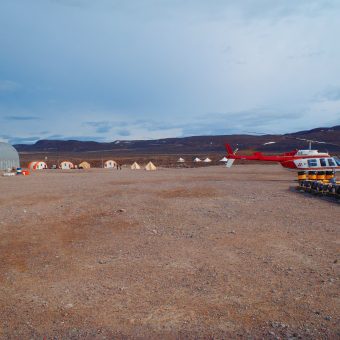