Phosphates are the naturally occurring form of the element phosphorus (P). In mineralogy and geology, phosphate refers to a rock or ore containing phosphate ions (PO4)3-. There is a large and diverse group of phosphate minerals but only a few species are common: apatite group, xenotime, monazite, triphylite, etc. Phosphates are mainly used as fertilizers for the agricultural sector. They are also used in food preservatives, animal feed supplements, cosmetics, fungicides, anti-corrosion agents, metallurgy, ceramics, and water treatment. Phosphates are mostly mined from phosphate rocks, which occur principally as sedimentary marine phosphorites. Significant igneous phosphate occurrences also occur. In addition, phosphate resources have been identified on the continental shelves and on seamounts in Pacific Ocean and the Atlantic Ocean. There are no substitutes for phosphorus in agriculture. Although no imminent shortages of phosphate rock are forecast, the instability of the supply chain has lead to significant recent price increases. 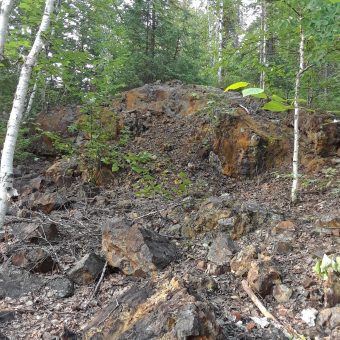